Acer has launched four new Chromebooks, which come in different specifications and price ranges. The new lineup includes the Chromebook 314, Chromebook 317, Chromebook 514 and Chromebook Spin 713. Enterprise variants of the 513 and 713 models have also been launched. These Chromebooks have been launched with Intel as well as Mediatek processors. All have different specifications and as we mentioned, all four come in different price ranges, starting at $269.99 and going all the way up to $999. Each model includes different variants with premium and additional features like touchscreen support, fingerprint sensor, backlit keyboard. Let us know about them in detail

Acer Chromebook 314 It gets a 14-inch display, which makes it compact. MediaTek’s MT8183 processor has been given in it. One reason for the low price can also be that it has a MediaTek processor instead of Intel. The new Chromebook comes with 8GB of RAM and 64GB of eMMC storage. The company claims that this Chromebook will get 15 hours of battery backup. Being a Chromebook, it gets Chrome OS, which supports Google Play and millions of Android apps. In this, you can easily connect and sync your Android smartphone and other devices. The Chromebook 314 has a USB-C port and 802.11ac Wi-Fi support. It comes equipped with Bluetooth 5.0 and also has a 720p HDR webcam.

Acer Chromebook 317 The display measures 17.3-inches, which makes it the world’s largest-screen Chromebook as of writing this news. The display resolution is FHD and there is also an option of touch support. Intel’s new Jasper Lake CPU has been given in this Chromebook. It offers up to 8GB of RAM and 128GB of eMMC storage options. It also has a card slot to expand the storage. Chromebooks come with two USB-A ports and two USB-C ports. It also gets Wi-Fi 6. A variant of this also comes with a backlit keyboard.

Coming with 14-inch screen size chromebook 514 Comes with Intel’s 11th Gen Tiger Lake processor. It offers up to 8GB of RAM and 256GB of NVMe SSD storage options. The display has HD and FHD options and comes with touch support options. This Chromebook also gets Wi-Fi 6, DTS Audio and MicroSD card slot. The new Chromebook comes equipped with Thunderbolt technology with two USB-C ports and an HDMI port. It also gets the option of a fingerprint sensor, which is placed on the bottom right side of the keyboard.

13.5 inches chromebook 713 It has a 2-in-1 form factor, which means you can use it in both notebook and tablet mode. It has an IPS display panel. Intel’s 11th Gen Tiger Lake processor has been used for power and it comes equipped with Intel Iris XE graphics. It has a fingerprint scanner. The new Chromebook also has a Thunderbolt 4 port. 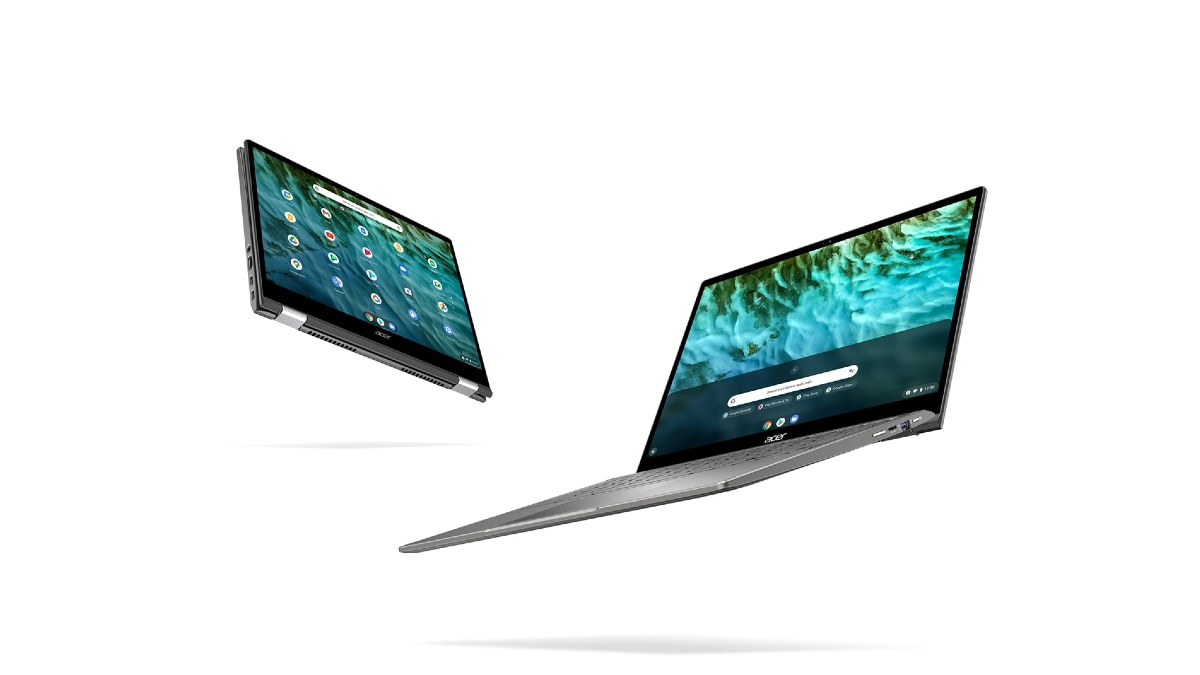 The device is launched with up to 16GB of RAM and up to 256GB of NVMe SSD. This includes Wi-Fi 6, USI support and DTS Audio features. The Chromebook 713 includes a microSD card slot, USB-A 3.0, two USB-C ports, an HDMI port, and a microphone/headphone combo jack. The keyboard is backlit and the touchpad is made of glass. one in touchscreen option even get.

Sony launches 85-inch 8K TV, you will be surprised to know the price

This recharge plan of Vi comes with 90GB data and unlimited...

Laptops and tablets to be launched on June 15 with Realme...