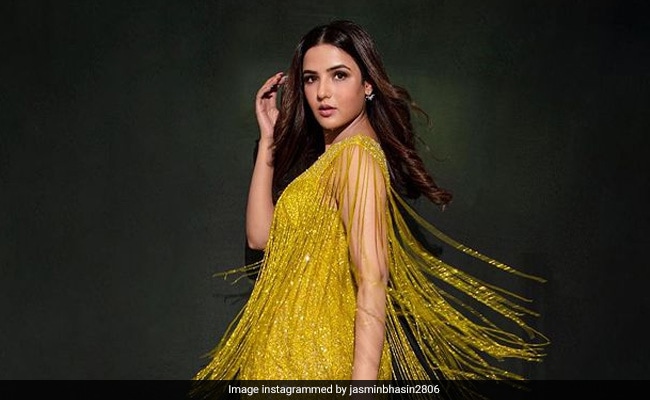 Actress Jasmin Bhasin, who is in the limelight for her cuteness and style on social media, lives in the limelight on the Internet with her stunning pictures and amazing videos, for the time being, Jasmin Bhasin has recently shared a picture of this new Jasmine’s looks in the photoshoot are worth seeing. Fans are very fond of this style of her in this one piece of mustard color. Jasmine had also made a lot of headlines in the house of Bigg Boss 14, while even after returning from home, she is ruling the hearts of people.

Jasmin Bhasin dominated social media
Recently, Jasmin Bhasin has shared a picture on her official Instagram account, her look in this new photoshoot is worth seeing. Along with Onepiece, her open hair and her capricious style are making a splash on the internet. Ali Goni also could not stop himself from commenting on this picture, he also praised Jasmine by becoming a fire emoji.

Actress has worked on many big projects
Let us inform that Jasmin Bhasin’s music video ‘Tera Suit’ was released with Ali Goni. After which the fans of both of them started liking it very much. This song of Tony Kakkar was well-liked by the fans. Along with this, the reaction of the fans was seen fiercely on the second music video of both of them ‘Tu Bhi Saataya Jayega’. At the same time, now Jasmine’s song ‘Pene Lage Ho’ has been released, in this song she is seen with Rohanpreet Singh.