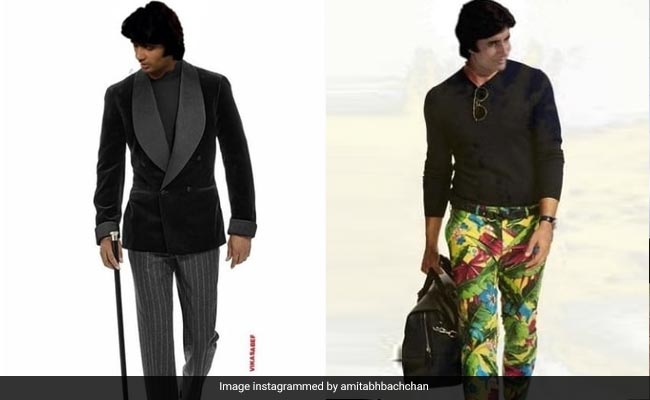 Amitabh Bachchan has shared this photo on Instagram account. With which he has written in the caption ‘It would be great to come back in such days.. but’. With this, the fans are praising him fiercely after seeing this wonderful photo of him. One fan has written ‘I really appreciate you for your hard work and you are such a nice person’, while another wrote ‘Yun not only people are crazy about you’.

Let me tell you, Amitabh Bachchan is hosting Kaun Banega Crorepati these days, and the show is gaining tremendous popularity. Apart from this, recently his film ‘Chehre’ was released, in which Emraan Hashmi and Riya Chakraborty were seen. Talking about his upcoming films, he includes ‘Jhund’, ‘Brahmastra’, ‘Butterfly’, ‘Meday’, ‘Goodbye’ and a film by Nag Ashwin. In this way, the lineup of films of Amitabh Bachchan is quite strong. He is playing a different character in these films.