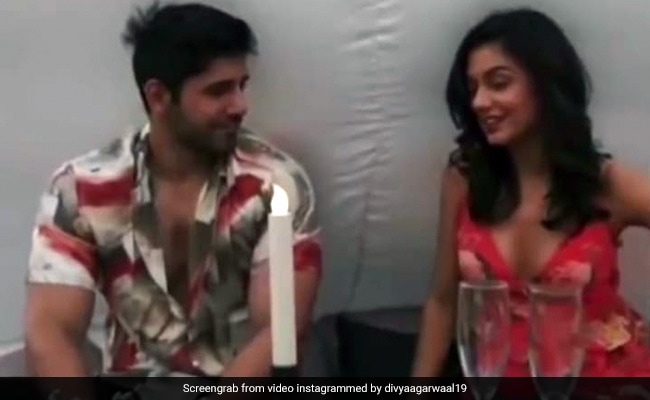 Actress Divya Agarwal has become a well-known face of TV today. Divya started her career as a choreographer and today she has become a successful actress. Recently, Divya Agarwal has won the title of Bigg Boss OTT. After which Divya remains in the discussion on social media. At the same time, this happiness was celebrated by Divya with boyfriend Varun Sood, whose photo and video also became fiercely viral. Now Divya’s boyfriend Varun Sood has given her a beautiful dinner party, the video of which is becoming very viral on social media.

Dwiya was given a cute surprise by Varun Sood. Whose video has been shared on a fan page of Divya. It can be seen in this video that Varun brings him by placing his hands on his eyes. Varun has organized a lovely candle light dinner party for Divya. Where the decoration has been done with candles, flowers and beautiful lighting. Click here to watch video. At the same time, she is very happy to see the surprise from Divya. Also, his fans are very happy after watching the video.

Divya Agarwal is a dancer and she also had a dance academy named Elevate Dance Insitrate. Divya Aggarwal has also worked in many music videos and commercials. Along with this, she has also appeared in ‘MTV Splitsvilla-10’. There are also reports that Divya can also be seen in Bigg Boss 15, which is going to start from October 2.