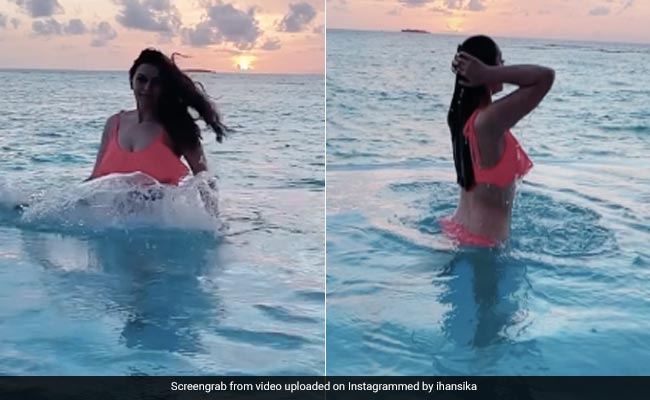 Hansika Motwani has shared the video on Instagram. In the video, the actress is enjoying the bath in a very attractive way. He wrote in the caption of the video: ‘Having a whale of a time.’ Thousands of views as well as different reactions of people are coming on this latest video of Hansika Motwani. Let us tell you that more than 4.8 million people follow Hansika Motwani on Instagram.

Hansika Motwani started her career as a child artist. From TV to Bollywood and then to South cinema too, his coin runs a lot. Hansika worked as a child actor in ‘Shaka Laka Boom-Boom’. After this she appeared in Hrithik Roshan and Preity Zinta’s film ‘Koi Mil Gaya’. From the age of 15, she started working as a lead actress in Telugu films.