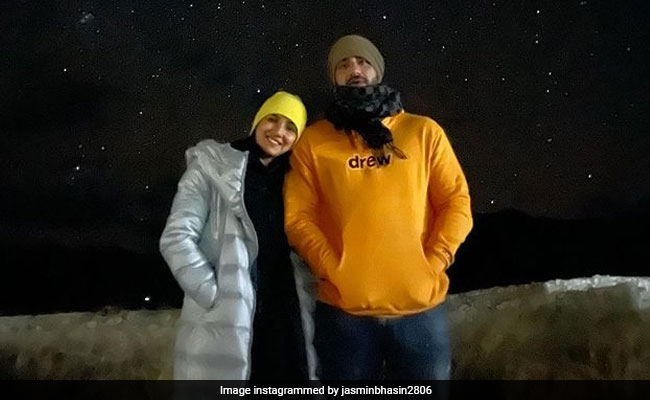 The love of Jasmin Bhasin and Ali Goni is no longer hidden from anyone. Both may not have officially expressed their love, but the posts of both of them point towards the fact that both are badly arrested in each other’s love. One such post has been shared by Jasmin Bhasin on her social media account, after seeing which people have started lavishing love on this lovely couple once again. This post of Jasmine is getting a lot of discussion.

Jasmin Bhasin has shared a photo of herself with Ali Goni on her Instagram account. In this picture, both are seen in winter clothes. This photo taken at night is very beautiful. Shining stars can also be seen in the sky in the photo. In the photo, Jasmine has placed her head on Ali Goni’s shoulder. Sharing this, the actress has given the caption, ‘With your moon in the shadow of the stars’. This post has got more than 1 lakh 61 thousand likes so far, on which people are giving different types of reactions.

Commenting on Jasmin Bhasin’s post, a social media user wrote, ‘God bless you both’. So there another user has written, ‘Let me see the moon on your pretext’. At the same time, Ali Goni himself has commented on the post by making moon. Fans are also showering love on this post through fire and heart emoji.