Many great films of South film industry mega star Prabhas are in the pipeline. One of them is ‘Adipurush’, in which Saif Ali Khan and Kriti Sanon are also working with him. Prabhas is known to take care of his co-stars on the sets. He has given proof of this again. Prabhas has sent Biryani to his co-star Saif Ali Khan in the film, which he liked very much. The photo of Biryani was shared by Saif Ali Khan’s wife Kareena Kapoor on her Instagram story. Posted. 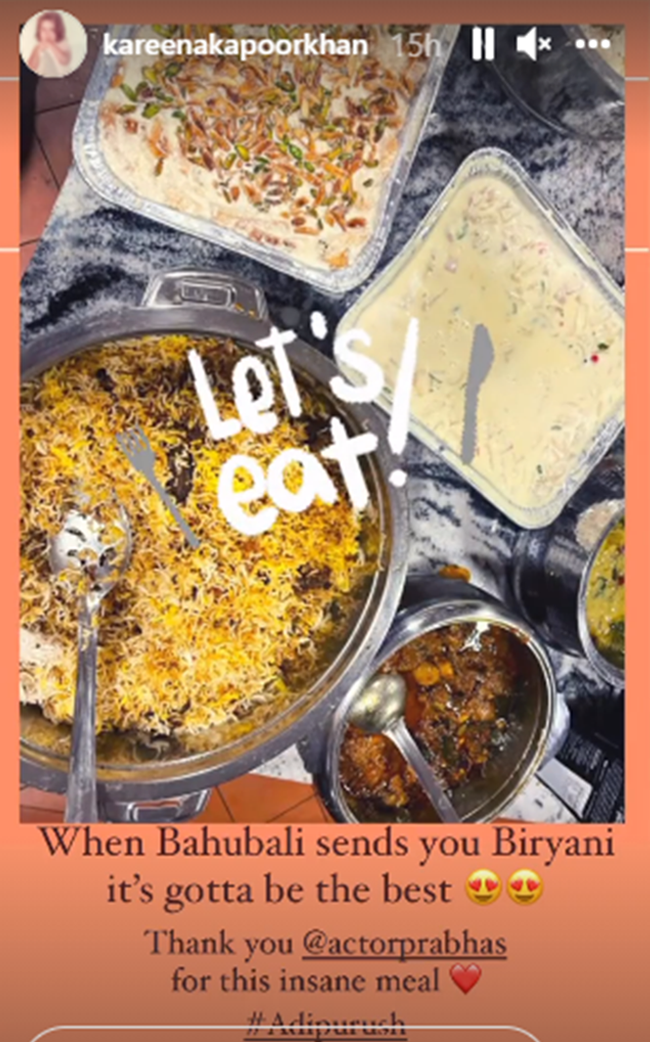 Saif Ali Khan and Kareena Kapoor have eaten Biryani sent by Prabhas with great fervor. Sharing the picture, Kareena wrote: “When Baahubali sends you biryani, it will be the best. Thank you Prabhas for this wonderful meal.” Kareena has thanked Prabhas in this way. He has also added the hashtag Adipurush in the caption. Prabhas has won the hearts of Kareena and Saif Ali Khan by sending biryani like this.

Let us tell you that Prabhas and Saif Ali Khan will be seen playing the role of Ram and Ravana respectively in the film ‘Adi Purush’. In the film, Kriti Sanon will be playing the role of mother Sita while actor Sunny Singh is playing the role of Laxman. In the coming days, apart from ‘Adipurush’, Prabhas will also be seen in the romantic film ‘Radhe Shyam’. Apart from this, Prabhas is also in Nag Ashwin’s next film in which Deepika Padukone is in the lead role with him. He is also working with KGF director Prashant Neel in the film ‘Saalar’.