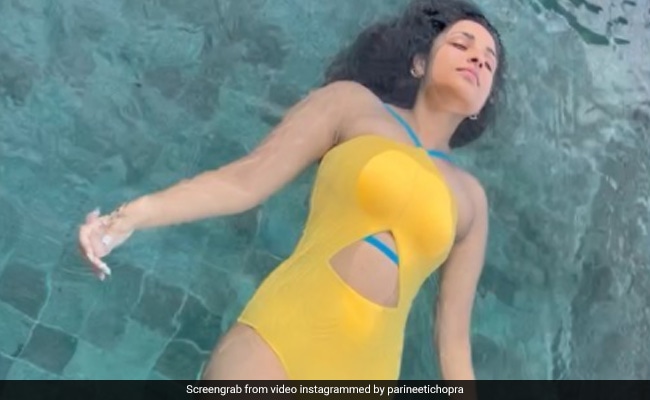 Apart from being busy in films, Bollywood’s popular actress Parineeti Chopra also takes time out for her fans on social media. The actress remains in the headlines through her stylish pictures and videos. Parineeti Chopra is enjoying a holiday in Maldives with her family these days. The actress is constantly sharing her post from the vacation spot. Parineeti Chopra has now again shared a video, in which she is seen swimming in a yellow monocony.

This video of Parineeti Chopra became viral as soon as it was posted on social media. It can be seen in the video that the actress is looking very glamorous while swimming and her style is being liked by the fans. Parineeti has posted the video on her Instagram account. He wrote in its caption: ‘Peace.’ The actress has told through the caption that she is in a calm environment these days and is enjoying it to the fullest.

More than 14 lakh views have come on this video of Parineeti Chopra. Apart from the fans, Bollywood stars are also commenting and reacting to the video. This year was very busy for Parineeti Chopra and this year many of her films were released, in which her performance was highly praised. Parineeti’s films like ‘The Girl on the Train’, ‘Sandeep Aur Pinky Faraar’ and ‘Saina’ were released this year and the actress will soon be seen in ‘Animal’ opposite Ranbir Kapoor.