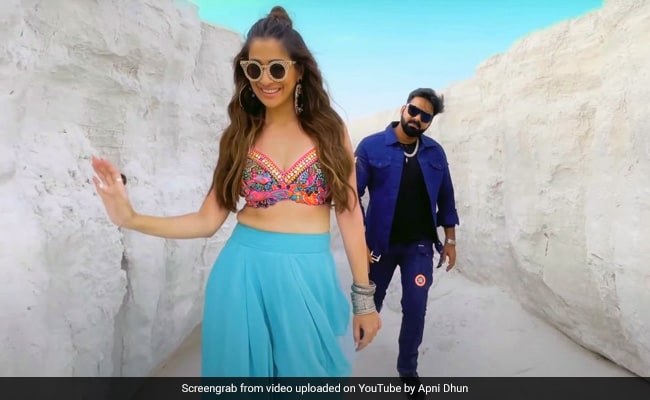 Bhojpuri’s power star Pawan Singh has rocked YouTube. His latest dance number ‘Current’ with Warner Music and his own tune has been released. In this, two legendary stars of Bhojpuri music world Pawan Singh and Payal Dev are seen. Not only this, in this song along with Pawan Singh, South’s glamorous actress Raai Laxmi is also seen in a great style. It has been just one day since this video was released on YouTube and it has been viewed about 44 lakh times.

Bhojpuri actor and singer Pawan Singh said about this song, ‘It is a great dance number, which is perfect for this festive season – one of those songs that you can play as soon as you play it. But you will not be able to stop yourself from shaking. It was a pleasure working with Payal Dev. We have worked together for the second time after the song ‘Kamariya Hila Rahi Hai’. Both Payal Dev and Aditya Dev understand the pulse of the audience and are known for making chartbusters. We hope that the audience will also like ‘Current’.

Payal Dev said, ‘Pawan Singh is known for his dance numbers and this song is definitely a mood changer. Actually, I kept the vibe of Pawan Singh in mind while composing this song as it is one of those refreshing tracks that will blow you away instantly.’

Raai Laxmi, who is seen in the video with Pawan Singh and Payal Dev, said, “When I initially heard ‘Current’ and heard Mohsin rapping in it, I was really Got excited. This song is unique. We shot the song in Rajasthan, and at that time the whole atmosphere was breathtaking, the heat was unbearable. By the end of the day, I was completely roasted, but that’s a lot to do for this splendid song.’