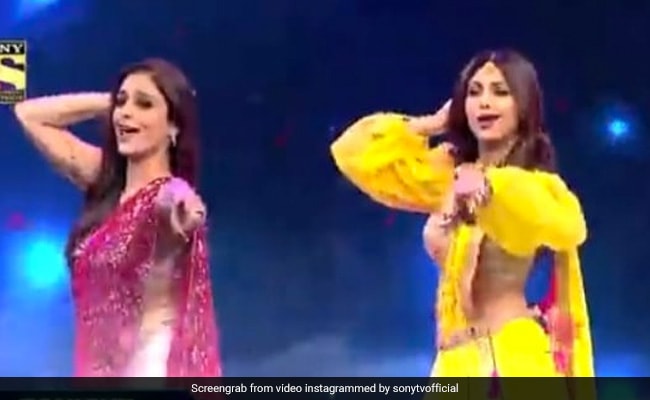 Bollywood’s famous actress Shilpa Shetty has a lot of discussions on social media. His dance videos are seen rocking the internet every day. Often Shilpa Shetty is seen having fun with the contestants and sometimes the judges on the sets of the dance reality show ‘Dance Deewane 4’. At the same time, in its upcoming episodes, famous actress Tabu is going to appear on the show as a guest. A promo video of this episode has surfaced. It can be seen in this video that Tabu and Shilpa are doing a tremendous dance on the stage. This video of him is becoming fiercely viral on social media.

This dance video has been shared by Sony TV on its Instagram page. In which two of the best actresses of the 90s are seen dancing together. In the video, Shilpa Shetty and Tabu are doing a great dance on the famous song ‘Ruk Ruk Ruk Are Baba Ruk’. Seeing this video, the hearts of the fans have started beating once again. On this video, the fans are very happy to see Tabu and Shilpa together and are praising both of them fiercely.

Let me tell you, Shilpa Shetty is judging ‘Super Dancer Chapter 4’ these days. With this, his film ‘Hungama-2’ was also released recently. On the other hand, talking about Tabu, she will soon be seen in the film Bhool Bhulaiyaa 2 with Karthik Aryan.