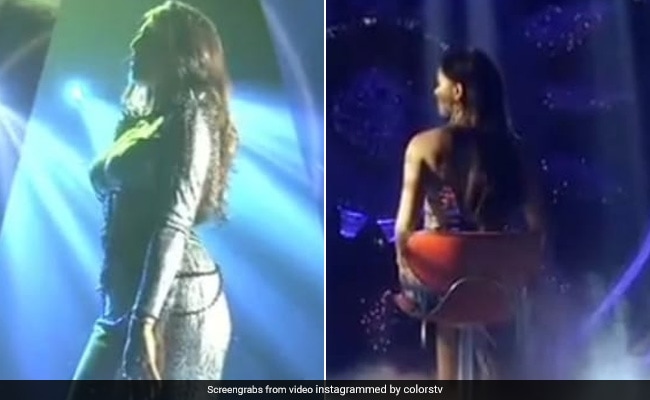 These two actors will be seen in Bigg Boss-15

Bigg Boss 15 is in tremendous discussions even before it starts. Viewers are curious to know who is going to be seen as contestants in Bigg Boss house this time. This time too, like every time, well-known faces of TV and Bollywood are going to be seen in the show. Recently, the name of Riya Chakraborty has been finalised, who will be seen in this show. Now telling the rest of the names, Colors TV has shared the promo video on its Instagram account. Through this promo video, the audience is being asked to recognize him.

It can be seen in this promo video that, these contestants are seen in a very spectacular style. His face is not visible in the video, but the audience is easily recognizing him. Actually this video has well-known singer Akasa Singh and television actress Tejashwi Prakash. By the way, the list of contestants of ‘Bigg Boss 15’ has not yet been officially released. But according to reports, this time popular stars like Karan Kundra, Tina Dutta, Simba Nagpal, Reema Sheikh, Ronit Roy and Nidhi Bhanushali can be seen.

Let us tell you, many promo videos of Salman Khan’s show ‘Bigg Boss 15’ have already been released. There is a lot of craze for this show in the audience. So the makers are also trying to make the show childish with full preparation. This time the theme of the show will be ‘Jungle’. Meaning the contestants will get the way to the Bigg Boss house only after passing through the forest. Salman has also said many times in the promo video, this time the path of the contestants is going to be very difficult.