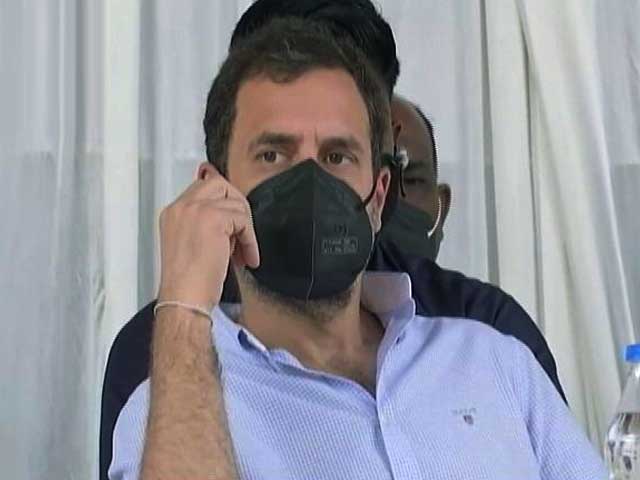 Assembly elections 2021: Before the assembly elections in five states, the ‘statement-wise’ between the two major parties of the country, Congress and BJP, is gaining momentum. The leaders of both the sides are trying to ‘get an edge’ over each other by making cheeky attacks. In this era of social media, allegations are being made on the other side, they are also being attacked through proverbs and idioms. Congress leader Rahul Gandhi (Rahul Gandhi) and BJP leader and Union Minister Prakash Javadekar Between this ‘tweet war’ or in other words, ‘idiom war’, the people of the country and political analysts have enjoyed a lot recently.

In a tweet on Thursday, Rahul Gandhi used idioms like ‘fingers on fingers’, ‘bheegi billi banna’ and ‘khisiani billi khamba noche’ against the Narendra Modi-led central government. Union Minister Prakash Javadekar did not take long to answer this. Responding to Rahul’s tweet in an interesting manner, he used idioms like ‘cat went to Haj after eating a hundred rats’ and ‘can be counted on a finger’.

RaHull Gandhi grabbed the boy’s hand tightly, then made such a bet, the student sat down due to pain

Dance on fingers- Central government does this with IT Dept-ED-CBI.

Becoming a wet cat- friendly media in front of the central government.

First thing about Rahul Gandhi. Rahul, who has been continuously attacking the central government through his tweets, tweeted on Thursday, some idioms: dancing on fingers – central government does this with IT Dept-ED-CBI, becoming a wet cat – friend media in front of central government . Khisiyani cat Khamba Noche – Like the central government makes raids on the farmers’ supporters.’ Now it was the BJP’s turn to answer, on whose behalf Union Minister Prakash Javadekar took the front. Javadekar wrote in his tweet, Mr. Rahul Gandhi, remember these phrases too. 1. Cat went to Haj after eating a hundred rats – to give knowledge of Congress on #Mediafreedom, which curbed media freedom in Emergency. 2. Can be counted on the finger – the current position of the Congress and the situation in the elections.